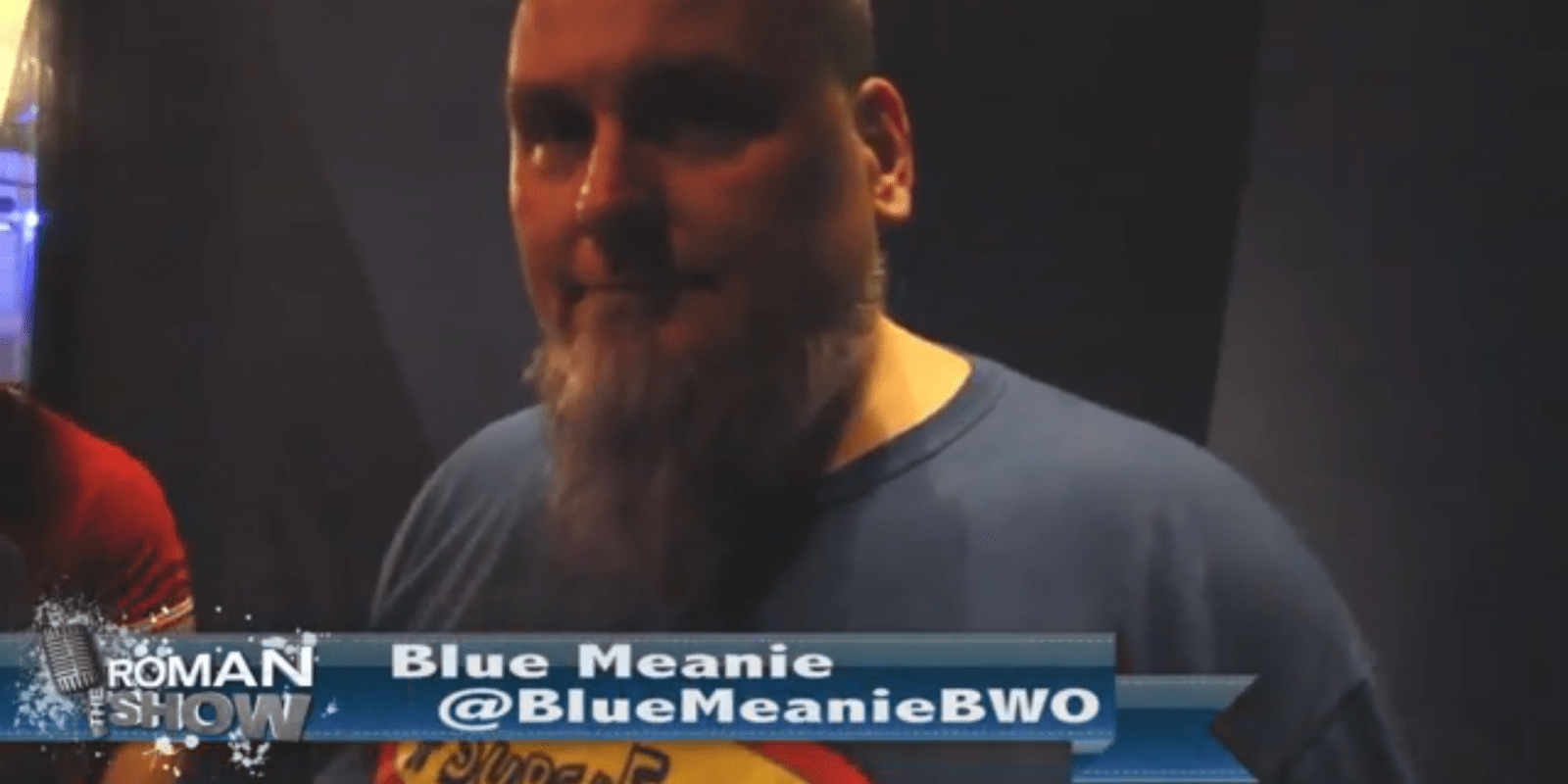 The Blue Meanie spoke to The Roman Show at the Pro Wrestling Report’s Kevin Nash Presents: Shenanigans VIP Party at The Pub at Pointe Orlando on Saturday April 1 during WrestleMania Week.

“I think the BWO would do well today. I think as far as doing parodies in wrestling me, Stevie Richards and Super Nova were innovators when it comes to do parodies,” he said. “We were doing parodies like we were KISS one time, BWO and then you turn on WWE television and you see DX doing a parody of the Nation of Domination stuff like that. I think WWE was watching ECW TV. I was doing parodies with other people. The guys from the NWO were cool about it. Kevin Nash said ‘imitation is the best form of flattery’. When we did it we weren’t doing it to insult we did it to celebrate the biggest thing in wrestling at the time.”

He also voiced his opinion about the Bullet Club.

“What’s old is new again,” he said. “NWO did their thing in the 90’s the Bullet Club is carrying that tradition. The NWO are cool. It’s beautiful when wrestlers could work together. The Bullet Club is a great thing and another 20 years from now someone will do something else.”

The Blue Meanie also talked about hanging out with former colleagues.

“I like doing these things cause its like high school reunion,” he said. “I get to see friends I haven’t seen in a long time plus these events hurt a lot less. I get to interact of the fans. I am a people’s person.”

He also talked about training at the world’s famous Monster Factory in New Jersey; helping Matt Riddle train in professional wrestling and more.