You are here:
LOCAL NEWS (MIAMI)WRESTLINGWWE 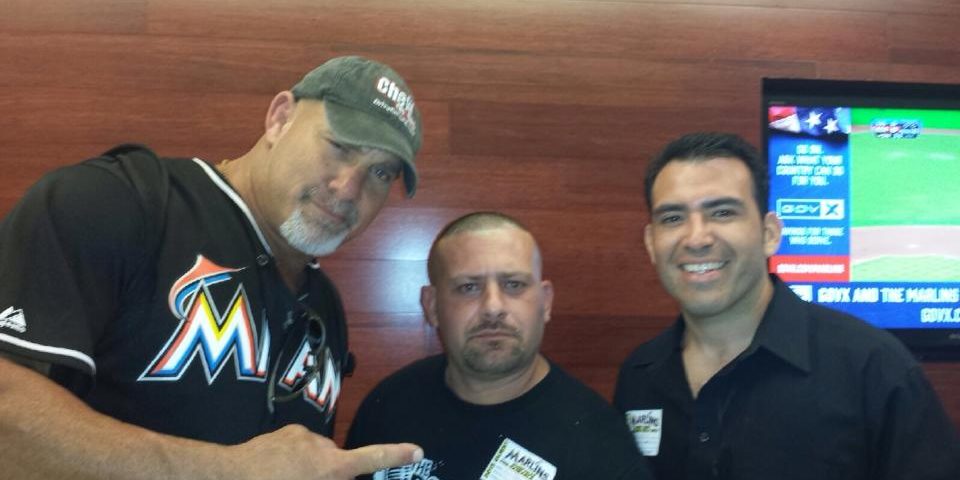 Bill Goldberg clears up Wrestlemania 30 rumors, but said not to count him out yet.
In an interview with The Roman Show and other media at the Miami Marlins Legends of Wrestling Night former WCW and WWE champion Bill Goldberg said not to believe any rumors as far as him being present at Wrestlemania.
“I don’t know where that rumor came from,” he said. “Have I spoken to them at times? Absolutely. Is my DVD coming out yes. Am I going to the WWE to Wrestlemania, no. But there’s 8 months to Wrestlemania right.? At this time I am not planning to be there but you never know, things could change.”
Goldberg went on to say that he is not a fan of Ryback and wasn’t impressed with him. But if he were to be at a Wrestlemania he’d like to face Undertaker.
The man who held a long undefeated streak threw out the first pitch as the Miami Marlins took on the Colorado Rockies.
The former football player also said he is remorseful for a kick that many have coined as a career ender for Bret The Hitman Hart.
“Everytime I say the Bret Hart thing, I feel remorseful of the kick,” he said. “Though Bret and I are good friends and he doesn’t hold it against me till the day I die am going to feel bad about it. “I’ve explained myself millions of times. I am remorseful. “
He said wrestling Hart was a dream come true. Goldberg also spoke about wrestling in Japan, WWE Hall of Fame induction and his history of Miami.