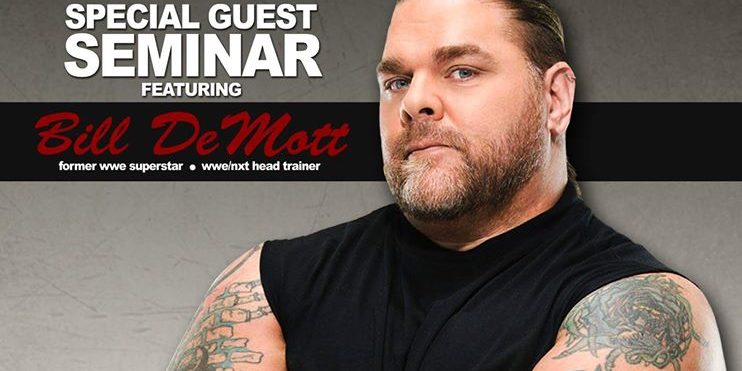 From The Roman Show Staff 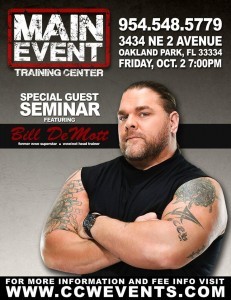 Former NXT trainer and WWE superstar Bill DeMott says one man he was really impressed with training was Eric Rowan.

DeMott, who will be hosting a seminar at the Main Event Training Center in Florida, joined The Roman Show and said Rowan stepped up to the plate when he needed too. For details, click here. Hear the interview next week on The Roman Show podcast next Tuesday, Oct. 6.

“I was happy for Eric Rowan who stands out in my mind,” he said. He is a big kid and has a ton of talent and then when they called him and joined the Wyatt family he really stepped up to the plate,” he said. “It goes back to Ryback who says ‘look at me now’ and how he has stepped up. Across the board look at Miz, who many taught he wouldn’t achieve and look what he has achieved. They are all great athletes. People wondered about Jack Swagger. He was an all American in college. They all surprise me. I’ve been surprised, but not surprised when they rise to the occasion.”

Although he is no longer on WWE’s Tough Enough, he says he keeps a close eye on professional wrestling. He says he gets emotional when seeing his students stride.

“If I was involved in the level of success I get happy,” he said. “On Night of Champions, every title holder came from NXT. For years they’ve been coming from the system and for years I am that old retired coach that gets to see the players become successful.”

He says he can expect a lot when attending his seminars.

“When I get a change in front of the talent, I say kids cause am an old man, but when I get in front of the kids they get the other side of the Tough Enough guys,” he said. “In Tough Enough you shoot three months of TV and you cram all the good stuff into one episode a week. You see that coach persona. But you get from the Bill DeMott experience with the live seminars is the other side of me because I love to talk to people who want to do this who aspire to become wrestlers. They get to meet me one-on-one.”