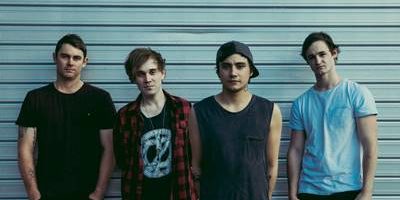 Australian band Between Kings had an intense writing process prior to the release of their debut album, The Escape.

The band just completed a tour with Escape The Fate and Awaken I Am in light of promoting their new album.

Jordan of the band joined The Roman Show to talk about the album and the influences.

“We had a couple of influences writing about it,” he said. “Writing about it and stuff like that. We approached with elements of pop and hardcore and dance music as well. It’s a blend of everything it was
quite nice.”

Hear the entire audio interview, below.

He said the writing process pushed the envelope.

“The writing process was an intense one. At the time, I met with Kevin Zinger. They asked me to get an album together since we had an EP at the time. I told him about five months for a 12-track album. I have a studio at home. I locked myself at home for five months that’s why I tell people I woke up at 10 o’clock in the morning and then I would write all day into the night put my headphones and mix.”

He also said the likes of the Red Hot Chili Peppers, Linkin Park, Bring Me The Horizon all had an influence.

Jordan said that the recent tour with Escape The Fate was their first one and they made sure to bring lots of energy.

Hear the entire audio interview as Jordan talks about how the band got together and more.