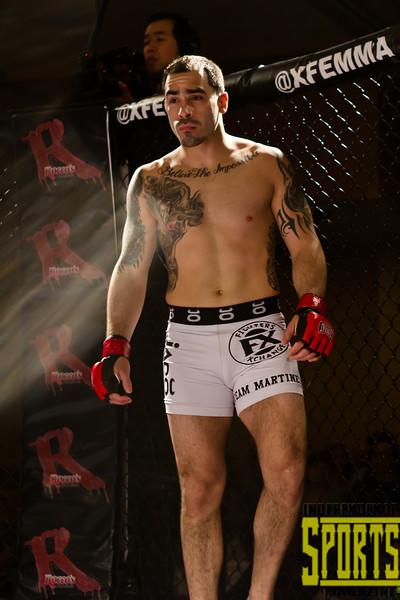 Puerto Rican American Jesus Martinez (8-5) will make his fourth appearance for Bellator and he is on a mission: to have his first win in the promotion.

Martinez meets Ryan Contaldi (7-7) in the preliminary card of Bellator 118: Warren vs Silva from New Jersey on Spike TV May 2.

In an exclusive interview with The Roman Show, he says this time around his training leading to the fight has been completely different.

“I haven’t fared well with Bellator, but this is the first time I have a full camp,” he said.

Martinez has back-to-back losses but his opponent is coming off a four fight losing streak. He added that most of his fights have come by short notice.

“I have a full training camp,” he said. “ I was able to prepare for my opponent.
I feel the best I’ve ever felt. This is my last hurrah about it.”

He recalled of a time where he had to cut 40 pounds about two weeks into the fight.

“One thing about me whether am short notice or full training camp I am going in,” he said.

This fight will be special for him, since it is the first time his son will watch him fight in person.

He said despite his opponent’s record, it doesn’t mean he’ll take him lightly. Martinez also added that this could possibly be his last fight as he wants to focus on his personal gym and teaching others.

“I am ready to fight,” he said.” I don’t plan on fighting much longer. If I get a win
a Bellator am fine with that. I accomplished a lot in the sport. It’s about passing the knowledge to others.”

Hear the complete interview below!