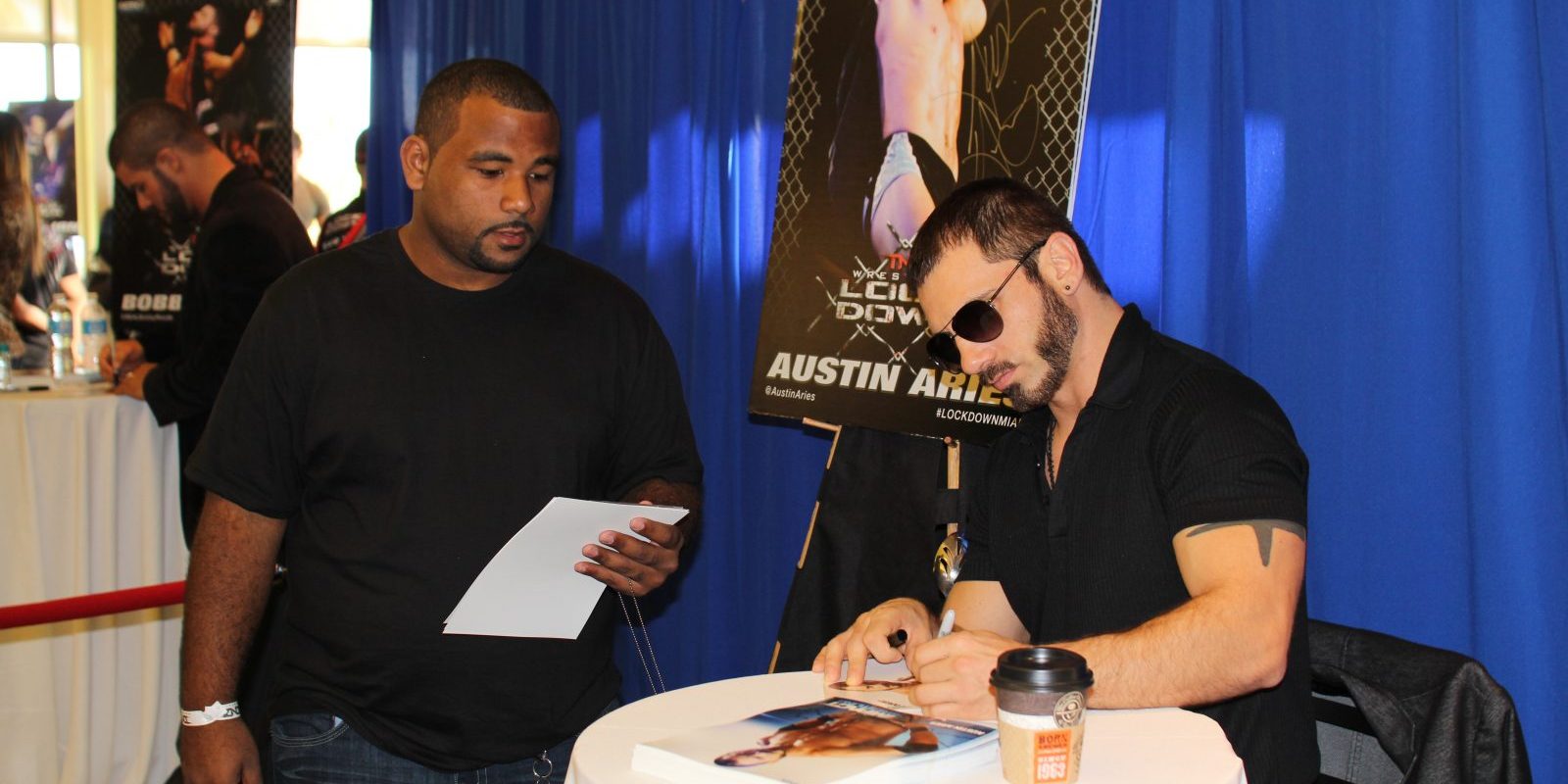 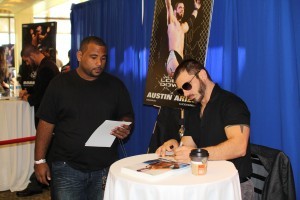 Former TNA Impact Wrestling champion Austin Aries invited fans to have lunch with him to try great vegan food in South Florida during Fan Interaction.
Aries learned about becoming a vegetarian back in 2000.
“I started to learn about the corporate food system,” he said in an interview with The Roman Show. “For me, it wasn’t appetizing eating other living creatures so I came to a peace in mind when I know nothing had to die to feed me. “
Aries will team up with Bobby Roode and The BroMans Robbie E and Jessie Godderz for control of TNA against MVP, with The Wolves Eddie Edwards and Davey Richards and Jeff Hardy at the TNA Lockdown pay-per-view on Sunday, March 9 at the BankUnited Center at the University of Miami, 1245 Dauer Dr. in Coral Gables.
Two years ago, he went completely plant based.
“It’s a health and ethical thing,” he said. “I thought it was cool to invite fans to try vegan foods.”
He said he converted to becoming a vegetarian after educating himself.
“It was a gradual change,” he said. “My initial going into vegetarian was learning about eating healthy. I was eating frozen dinners.”
He added that contrary what others think, sticking to a plant based diet doesn’t affect muscle growth.
“No matter what lifestyle you choose when it comes to eating, we should all as consumers have a choice to knowledge to make inform and make a decision,” he said. “We shouldn’t be misinformed or mislead.”
He also spoke about Daniel Bryan and his upcoming match at TNA’s Lockdown.
To view the card, click here.
Tickets on sale here.
Watch the interview, now!