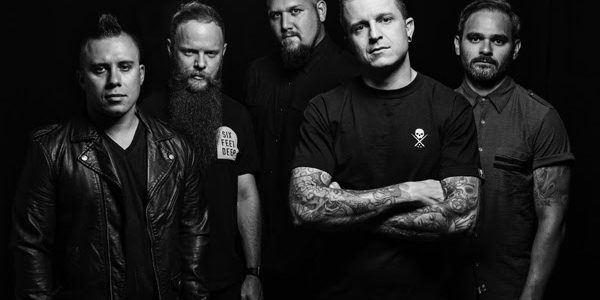 It’s been more than five years since hard hitting heavy metal band Atreyu dropped a new album, but they are back from hiatus after a well deserve break with Long Live.

The album is available now and the band is currently on tour with a final stop in Orlando, Fl. November 14. You can hear the singe, “Do You Know Who Your Are?”

The band spoke to The Roman Show and said the break just felt right in order to comeback strong.

“We were doing our own thing, but we kept in contact,” he said on The Roman show. “A year ago we got in contact and we had our gears going collectively. We hung out talked about things and family and we took it from there. We wrote music. We played a couple of shows and it was very exciting. We had a good response from our fans. We had sold out shows. It was look wow it feels really good again. Here we are a year later with a new album and a new label.”

Hear the interview at 20 minutes.

They said the break isn’t for everyone. It comes down to a personal opinion.
“It’s subjective for each band. Not ever band is the same. There are bands that have been together for 25 years and they don’t stop and they are fine,” they said. “As a band you need to listen to yourself. We didn’t want to be that bad that was jaded assholes on autopilot to just collect a paycheck.”

They also talked about the lyrics on the new album.

“I feel like Alex our singer he has always wrote from a personal stances you know. It’s about opinions he is thinking in his head. Now more than ever is a lot more legal. Wave grown up. A lot of these lyrics are more direct. Having not put a record in six years he had a lot to say.”