Anthony Johnson on D.C.-“We saw him at his best against Jones.” 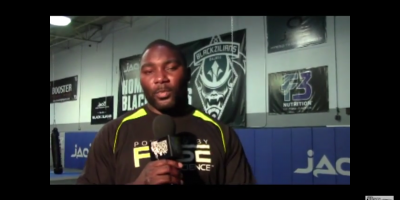 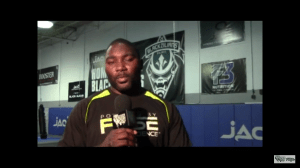 By The Roman Show Staff

Anthony “Rumble” Johnson (19-4) is psyched for his upcoming fight against for Daniel Cormier (15-1) for the vacant UFC light heavyweight title, but the Blackzilians gym, located in Boca Raton, Fl., fighter says not to rule out an opportunity at jumping inside a professional wrestling ring after his mma career.

In an exclusive interview with The Roman Show, Johnson spoke of his support of professional wrestling. In fact, he recently attended a WWE Smackdown taping in South Florida. Johnson takes on Cormier at UFC 187 May 23 for the vacant light heavyweight title.

He also spoke about his relationship with Olympic wrestling gold medalist and professional wrestling future hall of famer Kurt Angle.

“You never know what might happen,” he said. “Kurt Angle is a good friend of mine. Its not like I couldn’t get into the business. Right now, I am focused in mixed martial arts. Wrestling is not on my radar.”

When asked if Johnson has asked for wrestling advice from Angle to incorporate into his mma game, Johnson said the time hasn’t been appropriate.

“No not at all,” he said. “By the time I met Kurt, he had has injury from wrestling. So it wasn’t time to screw around with wrestling.”

Johnson was scheduled to fight Jon Jones. Just recently, Jones was arrested on felony charges for allegedly leaving the scene of an accident before being suspended and stripped of his UFC title. Johnson believes that Jones will come back stronger, but missed out on an opportunity.

“Jones to me pound for pound is the best fighter out there,” he said. “I think both of us missed out on a great opportunity. If he would have beat me he would have cleaned the division. If I would have beat him it was my chance to prove he was unbeatable. “
He also spoke about his next opponent.

“His stand up is crisp,” he said. “His wrestling is on point. He is a beast.”