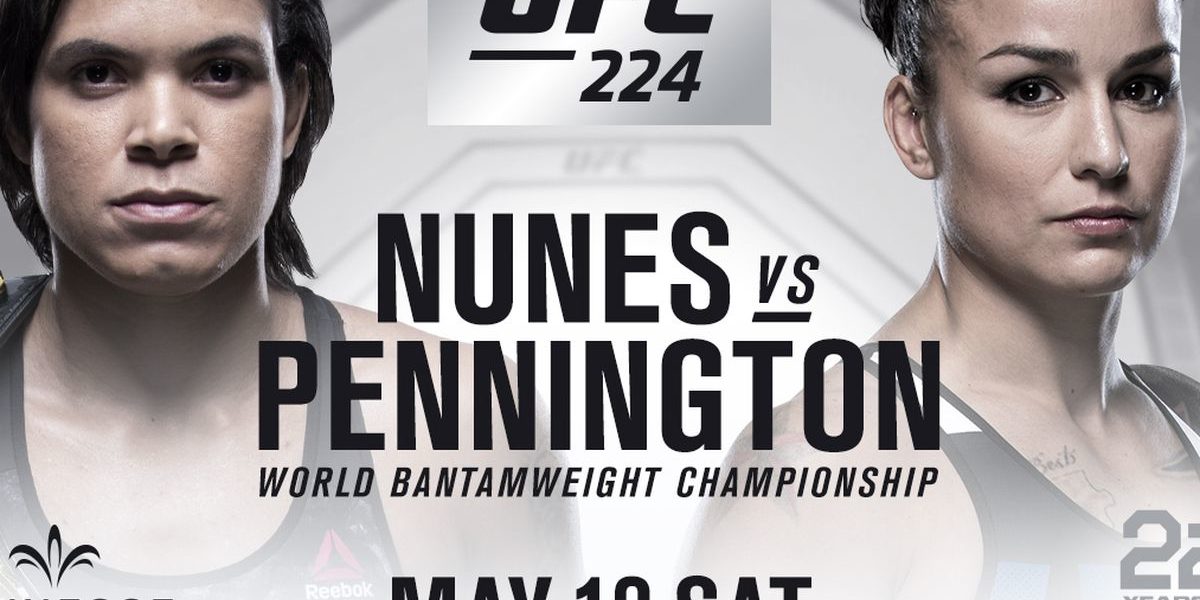 The UFC is returning to Brazil with UFC 224 in Rio de Janeiro with the country’s champion Amanda Nunes defending her strap against Raquel Pennington this weekend, May 12.

Both ladies are no strangers to each other as they used to train at American Top Team in Florida. Pennington now trains in Colorado.
Most of the fights on the card for UFC 224 are fairly even, based on the odds online. All except the main event, that is, where bantamweight champion Amanda Nunes is a massive -550 favorite over Raquel Pennington. Before you go thinking Nunes is a lock to win her third straight title defense, recall UFC 217, where Joanna Jedrzejczyk opened as a -450 favorite, closed as short as -862, and was then soundly beaten by Rose Namajunas. The women’s divisions are becoming more competitive by the month, these 5 betting sites should have the card ready to go if you want to compare odds, but they all seem to have Nunes frontrunning well ahead of Pennington.

However, the promotion hasn’t been as strong as it has been for UFC 225 in June. In fact, Nunes called out the UFC with a tweet after the promotion tweeted a poster a UFC 225 poster. She simply replied with “We are less than 2 week(s) for 224.

We are JUST under 6️⃣ weeks away. pic.twitter.com/kLwLDt4SzY

Needless to say, in mixed martial arts the result is a coin flip.