Allysin Kay Says Santana Hasn’t Face An Opponent Like Her Ever! 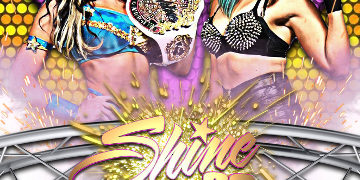 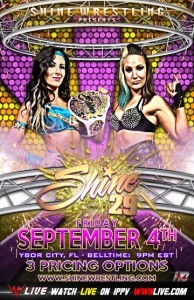 For the first time ever, Shine’s champion Santana will go toe-to-toe with Allysin Kay at this weekend’s SHINE 29 and Kay says the champ should expect the unexpected.

Kay and Santana will battle at The Orpheum in Ybor City, Fl. Sept. 4. To watch it live, click here.

The Michigan wrestler joined The Roman Show and says although Santana is the champion, she hasn’t faced someone like her.

Kay will be joined by April Hunter. She added that this day in age its odd for two wrestlers not to come across in the independent scene.

Most recently, she traveled to Japan where she pushed the envelope and she plans on bringing her experience inside the SHINE ring against Santana.
“I know that no experience can match up to the experience I had there,” she said. “It was a game changer.”

She plans on bringing the Japanese strong style to the match. She also spoke about training in the Japanese dojos, Europe and more.