ALL GOOD THINGS TO RELEASE NEW MUSIC TO ENCOURAGE FANS 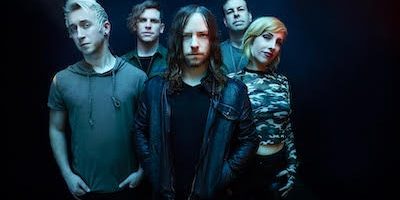 This week episode is brought to you by Manscapped. Get 20% off your purchase by using the promo code The Roman Show. Visit www.manscapped.com.

All Good Things are more than just a band making commercial music, they are inspirational, and the group is ready to release their first album.

The Roman Show spoke to Dan Murphy. All Good Things are known for creating cinematic epic rock that celebrates the underdog, lifts the fallen and all out gloats in victory.

Fans have pushed the band.

“We were created by our fans,” he said. “They forced us to get on and we became a real ban. We cater to those people that are going through a struggle especially in the last year for whatever reason it helped them go through stuff that was our motivation.”

New music is sure to encourage fans.

NHL, and other sporting leagues including videos games have used their music.

“I played a lot of street fighting with the licensing thing we never know where it shows up unless we get a message from fans,” he said.

The group has since signed to Better Noise Music and will see their first full-length album arrive later this year. To celebrate the announcement AGT joined forces with Hollywood Undead members Johnny 3 Tears and Charlie Scene to reach new heights on the hit single “For The Glory.”