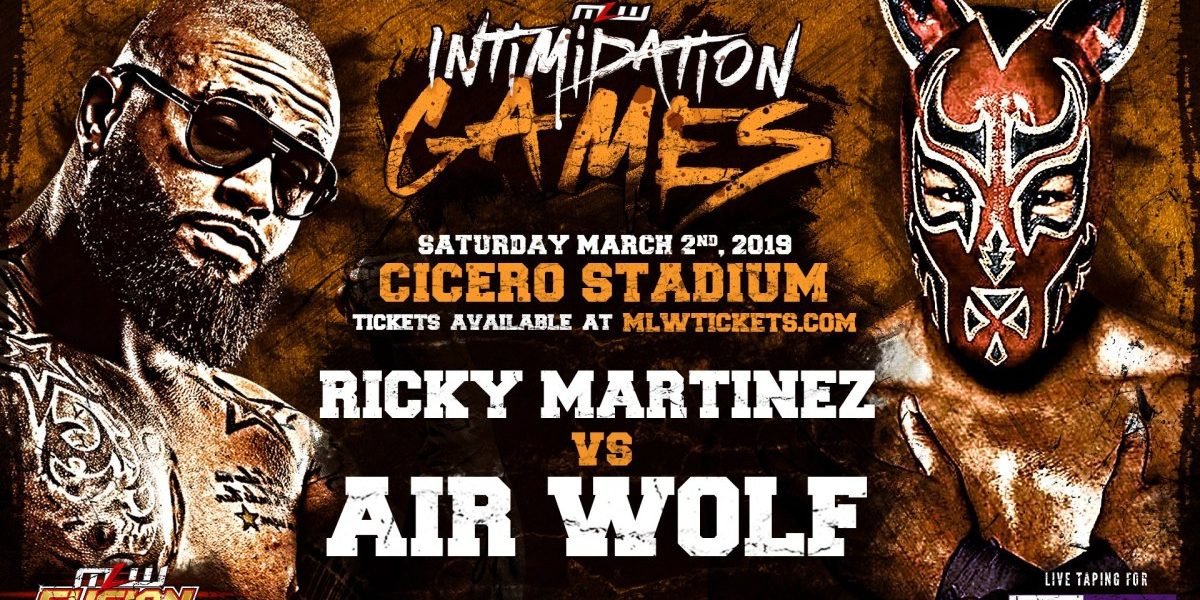 Air Wolf made his debut for MLW in Chicago recently and he squared off against Ricky Martinez. He recalls the day he signed up with the company.

“There was a recruit page and I filled it out,” he said in an interview with The Roman Show. “They asked that if I can make it to Chicago they would find a spot for him.”

He was the first graduate of The Academy: School of Professional Wrestling. He recalls being trained by Anderson.

“Ken is a super cool dude. He is something a played with on a video game. I trained at his facility. I was super happy when they announced they would open a school in Minnesota. I trained for a few months. I still trained there and help a couple of weeks. You never stop learning. I am trying to take it to the next level,” he said.

He later added, “Ken has this mentally it’s up to you how far you want to go in wrestling. He is not going to push you passed a point you don’t want to be pushed. For some people, it is ok if they want to be
a local wrestler and some want to make it to the WWE. Ken looks at what you want to do with your wrestling career and the curriculum is specified to what you want to do.”

Air wolf also talked about how he created the character and when he started professional wrestling.

“I got into to wrestling when I was in six grade,” he said. “I liked to wrestle with my brothers. I called myself the Alpha Wolf. It was my freshman year and I looked very young. It was suggested to wrestle
under a mask so if I was going to wrestle under a mask it wouldn’t be some generic wrestler I would come up with my own thing. I wanted to do high flying thing so that’s where the Air thing came and I wanted to keep the Wolf.”

He also talked about coming up with the mask design.

“I designed it myself. I kept drawing until eventually something came that I liked. I wanted to look like a wolf. That’s why I have ears on the top and the eyes look the way they look,” he said.

Hear the complete interview on this episode’s podcast