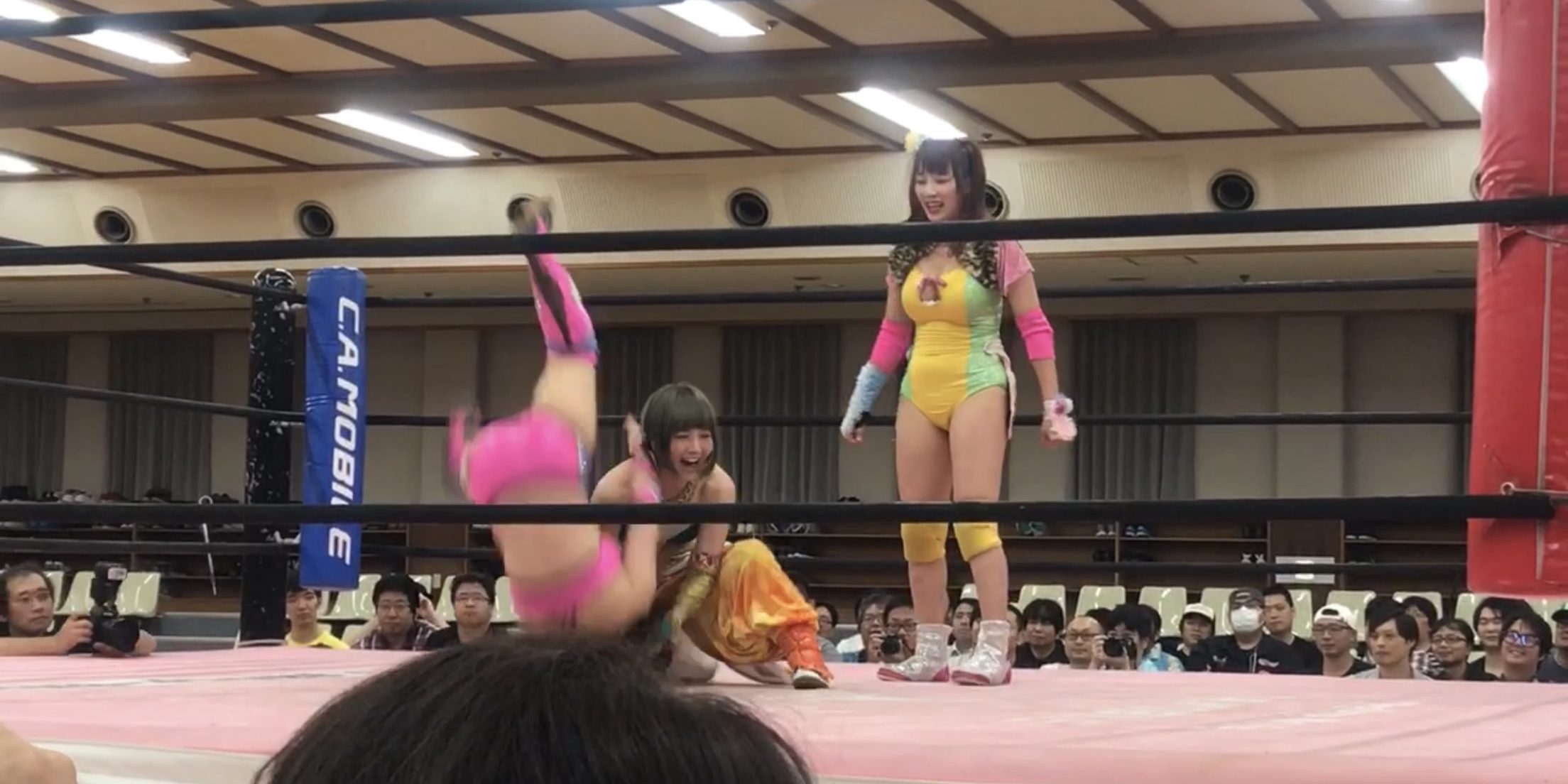 The event took place at the Nihon Gaishi Sports Plaza in Nagoya, Japan.

The Roman Show attended the event featuring six matches. For those in America, they are familiar with Stardom, which features all women wrestling in Japan and the former home of WWE superstars Asuka, Kairi Sane and Io Shirai.

However, TJPW is another all women promotion featuring up and coming future stars. The night featured Yuka who recently wrestled at AEW’s Fyter Fest against Naila Rose and Riho in a three way dance. Ironically, she was also victorious at the TJPW event in a three-way dance as well.

For fans, it was a bit unusual as the event took place in a gym and everyone was asked to remove their shoes. The fans watched the show shoeless, yet the wrestlers wore their boots.

Right after the show, fans lined up for a chance to take pictures with each of the wrestlers for $10. Autograph opportunities and shirts were also available.

The night’s main event was a tag match. Below are the results.

Jim Ross says The Rock would get elected if he runs for president
April 19, 2020