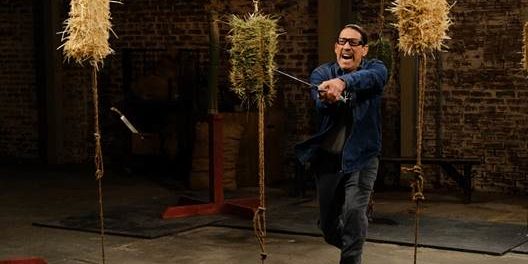 Actor and sports fan Danny Trejo has a favorite wrestler, who has been deemed a superhero.
Trejo spoke to The Roman Show at the recent Gamercon in Miami.

The Roman Show’s Jorge Alonso asked who’s Trejo favorite professional wrestler since he is a sports fan after all. He is a fan of Sean Waltman,aka X-Pac.

“He rescued a Pomeranian dog with a broken jaw it couldn’t be fixed and couldn’t see, but he carries him around in a pillow. He is beautiful guy. I just want to hug him.”

Trejo also talked about boxer Floyd Mayweather being one of the top boxers of all time.

“Mayweather will beat anyone,” he said. “People may not like him, but he is probably one of the best ever. He is not a good fighter, but a good boxer. They play checkers and he plays chess with them. If you watch him and you know boxing you know what he is going to do. When he fights another boxer it is boring, but when he fights a fighter its beautiful to watch.”

He also shared his thoughts on the creative part of movie Machete.

“Director Robert Rodriguez had the Machete movie idea when we were doing Desperado 25 years ago,” he said. “He was telling me I have this movie of this guy who is chingon, vato, who fights with machetes. It was a superhero with machetes.”

Trejo can be seen on El Rey Network as he appears on Man in arms airing right after Lucha Underground.