Across The Atlantic new album is more than just lyrically motivated 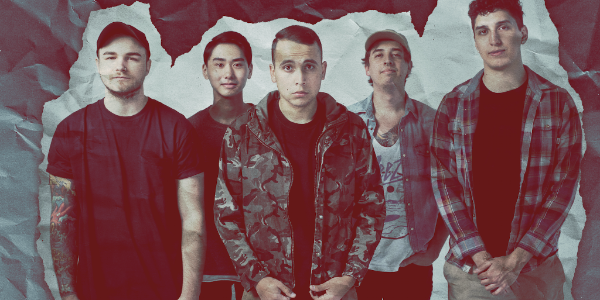 Across the Atlantic vocalist Jay Martinez says a lot was riding on the line before the release of the band’s new record set for distribution in September.

The band has already released their second single Playing for Keeps from the new album Works of Progress set to drop September 1.

Martinez said the single picks up right where their first album left off.

“We had put out a single independently and this was a song to bridge the gap between the last record and this one,” he said. “It picks up in terms of lyrics and energy. Lyrically, it talks about the continuation of our band maneuvering through the ups and downs.”

This record was a turning point for Martinez who contemplated his departure from the band.

“The label didn’t commit until the album was finished,” he said. “We were just working on the mixing. This album was created thinking it was going to be released independently for that step nothing changed. It was going to be our second full length. For me there was a lot riding on this record because I didn’t know if I was going to continue. I was turning 24 and I had more responsibilities.”

Their last record was in 2015, Holding on to What We Know. Martinez said this new album displays how much the band has grown up.

This record matured and it’s a natural progression of our lives,” he said. “I think it came full circle. I think we grew into our own shoes. I think it’s a lot of the great things that people have liked from us independently but just more mature fashion. We have felt more confident.”

Hear Martinez talk about the band’s upcoming tour, the rest of the album and more.