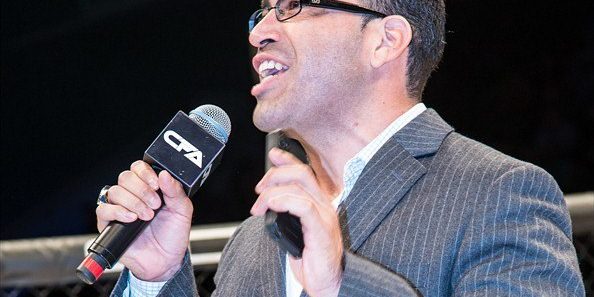 Covering sports in South Florida, I have considered many venues as a mecca one of the locations being the Hard Rock Live. I attended numerous events at the Hollywood, Fl. venue and I only dreamed of one day speaking publicly inside the building. On Oct. 6, 2012, my dream came true as Championship Fighting Alliance gave me the opportunity to speak in front of the crowd and call the mma action for CFA 08. As a journalist, I have covered mma for over 5 years. Literally, I have come from the bottom to the top. From being denied to being respected as a professional covering the sport. From announcing at small clubs and venues, to appearing on a worldwide stage, this is an accomplishment that proves that your desires can be completed if you work hard and set your goals. A big special thank you to CFA, Jorge De La Noval, Dr. Lazaro Fernandez and the rest of the CFA staff for the opportunity. It was just ten years ago, I sat on my coach dreaming of one day interviewing fighters at an event. Today, I am living the dream.