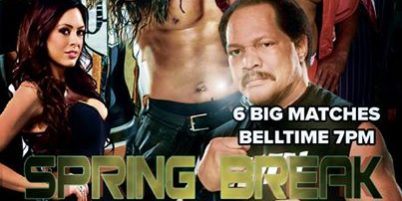 Spring Break has arrived and while many hit the beach for fun under the sun, there will be a ton of action under the lights.

The long time south Florida wrestler joined The Roman Show to talk about the big show.

“We decided to bring some of my friend’s I’ve bet along my career,” he said. 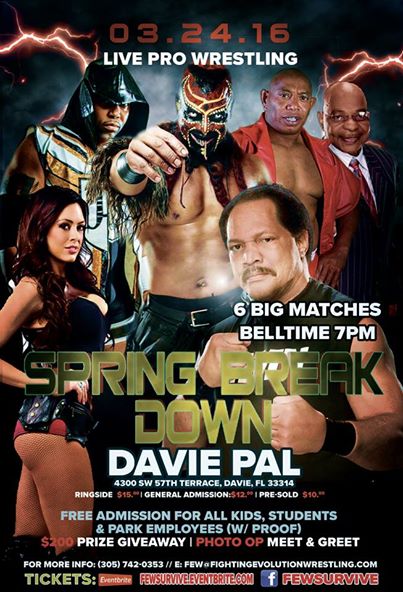 JB will be squaring off with long time favorite 2 Cold Scorpio, which is a dream for him.

“The birth of JB Cool was actually after witnessing and learning the business and watching Flash Funk (Two Cold Scorpio),” he said. “He is my idol. Bringing him down to the show and getting an opportunity to bring him down is an honor.

JB also opened up about his wrestling facility in South Florida.

“You can come here and it’s a one stop shop,” he said. “You get your fitness and your promos. It is the only South Florida wrestling school that offers training, fitness and production. We offer it all.”

JB said he is dedicated in spreading the knowledge of the business.

“It’s important not just wrestling but its important to pass on the knowledge in life,’ he said. ”You never know what that person will do tomorrow.”